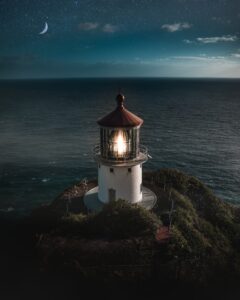 secret, we keep in isolation. And isolation leads us to rationalize and make choices outside our character. If we struggle with vulnerability, chances are high that in the past someone used our vulnerability against us. In fact, maybe they judged us. If we don’t know who we are and whose we are, then knowing who to trust is hard.

I’ve had a few other conversations resembling the one I described with my friend, and afterward, I told myself I couldn’t be honest about my struggles with anyone. I believed it would scare them off. Judgment can bring shame if we allow someone else’s opinion to be the solution to our unanswered questions, to define who we are. So, instead of risking being judged, I avoided intimacy altogether. But as I leaned more and more into seeing myself through the lens of God and not the lens of others, I began to see judgment as an opinion and not an answer. I became more willing to step out of isolation and take the risk of being vulnerable.

I attended an all-girl school when I was young, and I grew up with all sisters, which naturally molded my view of sisterhood. But let’s be honest, ladies, female friendships are tough, and lasting ones are hard to find. I’ve been the girl who judges, and I’ve been the girlfriend who supports. And when I judged, it really had nothing to do with who my friends were or what they did; my reactions stemmed from how high or low my confidence meter was at the time. 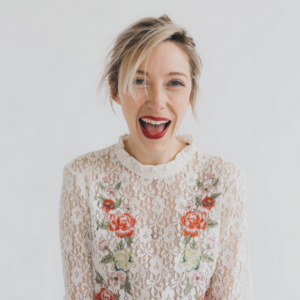 I have, in the heat of the moment, decided I was appointed to make a decision about someone else’s life before I was ever given the authority to do so. But through being on the other side of judgment, I realized I have a responsibility to become a safe person for people who desire to be seen. Not only have friendships changed my outlook on life but they have also given me a newfound thick skin to endure a friend’s shame story and respond in a way that will bring them closer to safety and not further into isolation. The discovery of your true value deepens your capacity to do that. And what an honor it is to sit across from someone baring their heart and respond out of love just as God has done for us.

I have prayed for women who were many steps ahead of me to be the big sister/mentor/friend I needed in my life. Women who were resilient, but not hardened. Women who were a force, but soft. Women who were a safe place to help me process life. If you is a mask that’s pretty easy to put on, and deep talk sometimes isn’t the natural default. But you can pray for men who want to better themselves. Men who desire to be a better leader and will wrestle with the difficulty of defining what that means.

Did you know that before lighthouses were physical structures, they were just big bonfires in the sand? Now lighthouses are positioned in the most treacherous parts of land in order to bring ships home safely. Lighthouses are navigational guides. They have homes in rugged terrain, where they shine light for all to see. They do not choose the ships they save. Lighthouses are willing to be in the most unsafe spaces to bring home those being tossed along the shore.

My God is that too. He has been my rock in the most treacherous waters. He’s navigated me back home when I was far off. God doesn’t choose the people he is close to. He is close to all who are weary, and I would say we are all weary in one area of our life or another. God sees us in our darkest moments, and instead of turning off his light, he shines it directly on us to bring us home to safety when we are terrified and confused. When we don’t know where we are sailing to. When we think we know the path in the rocky waters, we learn we are in fact farther from the shore. And as God has done that for me, so have my friends when I did not see God’s light flashing at me. He brought people who would be willing to come into the rugged parts of my life as a representation of his light. Thank you, Lord, that you use people to bring us to shore. Thank you for showing me the ones qualified to do so.

In darkness, I learned who was willing to be a light for me. People who can sit with us in the darkness are a reflection of God’s willingness to sit with us. I have grown from my friends’ pursuit of me, and their love toward me in some of the most unlovable times of my life has shown me how to be a friend. It’s shown me how I could love. How I could pay it forward confidently. How I could be a lighthouse in the darkness of someone else’s life.

If you’re torn between isolation and the risk of vulnerability in friendship, worried that someone will look at you with disgust and judgment if you share the stirrings of your heart or the decisions you’re wrestling with, then repeat after me:

My worth is not found in them.

My worth is not found in what they say.

My worth is not found in what they don’t say.

My worth is found in God, who is in me. 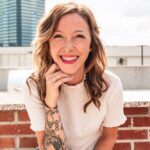 Eryn Eddy is a social entrepreneur, a writer, a speaker, and a creative director. The founder of the lifestyle clothing brand So Worth Loving, Eryn and her work have been featured on CNN and MSNBC, and in Mashable, The Oprah Magazine, Jezebel, Southern Living, GOODlife Magazine, and Atlanta Magazine. A frequent guest on podcasts and speaker at conferences and at corporate headquarters, Eryn speaks and writes about personal struggles, community, empathy, entrepreneurship, the power of honest conversations, and the impact of self-doubt. She lives just outside of Atlanta. 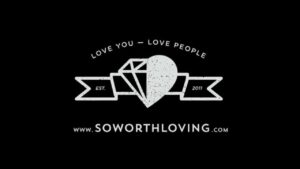 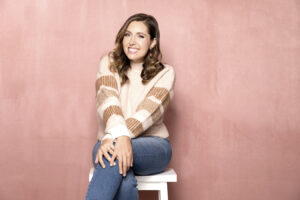 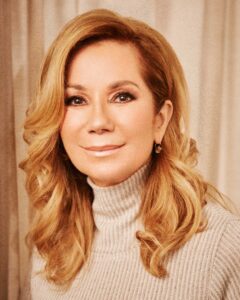 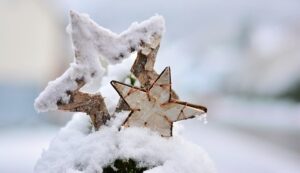 After Four Abortions, a Starr Is (Re)Born