Understand the pain dance of marriage and appreciate each other’s strengths.

My wife, Karen, and I have been married for more than forty years. We have two married children and five beautiful grandchildren to show for it. We have a great marriage and are very thankful for that. But it wasn’t always this way.

After several years of marriage, we were on the brink of divorce. We married at age nineteen after several years of rocky dating. One week before we got married, Karen told me she wouldn’t marry me because of how immoral I was. But I promised to change (and did), and we followed through with our wedding.

But shortly thereafter the fireworks started, and our fights took a turn for the worse. If you had asked me back then why we fought so much, I would have told you it was because I married the weirdest woman on earth. She was beautiful, but weird. And she was my opposite in almost every category.

If you asked me today why we fought so much, I would say it was because of ignorance. Back then I thought Karen was weird and she thought the same of me. We fought because we didn’t understand each other. We also fought because we were in a battle to change each other.

If you had asked me back then why we fought so much, I would have told you it was because I married the weirdest woman on earth.

There is an old joke about marriage that goes like this: “Marriage is about becoming one. The question is, which one?” Ouch! That is too true. It was surely true of us for the first years of our marriage. I felt that I was normal, and because Karen wasn’t like me, she wasn’t normal. It was a pretty simple formula, and my job was to shame her, scold her, lecture her, and educate her until she became normal like me.

The problem was, she just didn’t train well. At least that is what I thought at the time. To make matters worse Karen did the exact same thing to me. She rejected my differences and did everything she could to change me to be like her which, in her mind, would make me normal. But I despised it and so did she. And every time it happened we damaged and demeaned each other more and more.

She rejected my differences and did everything she could to change me to be like her which, in her mind, would make me normal.

Finally we found ourselves one dark night in a yelling match in the middle of the living room. I pointed my finger in her face and told her to get out of the house and out of my life. That was the low point in our marriage. I didn’t want to lose her, but I also didn’t know how to keep her. In fact, I was afraid of what was going to happen if our fights continued to escalate.

So what changed? What happened that stopped the pain dance and caused our marriage to be healthy? First of all, I dedicated our marriage and myself to God and apologized to Karen for being such a jerk. That made a huge difference. But second, we began to embrace our differences and realized they were God-given.

We came into marriage with the very destructive belief that compatibility meant sameness. And that lie caused us to do deep damage to each other and almost destroyed our marriage.

We came into marriage with the very destructive belief that compatibility meant sameness. And that lie caused us to do deep damage to each other and almost destroyed our marriage. We were locked in a dangerous dance. I would see something in Karen that was different from me, and I didn’t understand. I would reject her and verbally lash out at her. She would get hurt and retaliate to both defend herself and to correct me. I also felt rejected and wounded by her words and actions. And we danced . . . and danced . . . and danced . . . until we were worn-out, wounded, and ready to throw in the towel.

Today we realize that we are different by God’s design. Rather than reject and correct each other, we accept and love each other. And more than anything else we understand our differences and realize they make our marriage more dynamic. We are two halves of a whole. We complete each other. We are better together.

Your marriage can become what you dreamed it would be.

If Karen and I had understood each other’s strengths and differences, it would have totally changed our marriage in the early years. It wouldn’t have just stopped our fights; it would have led to acceptance, cooperation, and affirmation. That is the exact opposite of what we experienced.

Are you in a pain dance? If so, you are poised to take the first step to change. It begins by accepting and honoring the inherent differences in your spouse. This isn’t to say that nothing about your spouse or marriage needs to change. But it is to say that the surest way to fail is to try to change an unchangeable. And the truth is, you and your spouse are different by God’s design.

We want you and your marriage to be changed. If you are in a pain dance, we want it to turn into a happy dance. Your marriage can become what you dreamed it would be. There is nothing like understanding to empower us for success. 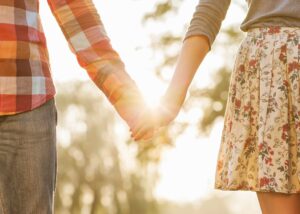 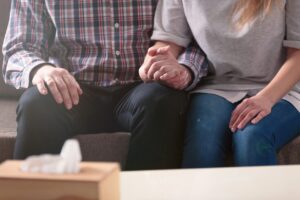 The Four Habits of Healthy Marriages 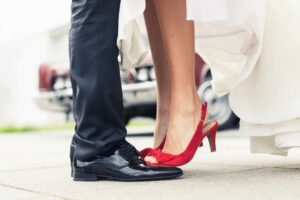 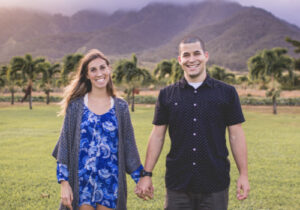 3 Reasons to Date Your Spouse