Have you heard the soundtrack to the hit Broadway musical “Hamilton?” If you’ve seen the actual musical, just keep that to yourself — intentionally causing envy is tantamount to envy, itself.

The music is quite spectacular. And historically insightful, too. My kids are way more knowledgeable about the Founding Fathers due to our time in the car together. It makes me question everything about my school upbringing! Hip hop trumps note-taking all day long.

Production aside, Alexander Hamilton was quite an amazing guy. He accomplished much, including establishing one of the first banks in America, the Bank of New York. Here’s what made me take a step back while jamming along to the soundtrack — it took Hamilton seven years to establish the bank’s charter. I know, the local community bank went up in a months time, and that seemed like forever in today’s world, but think about that for a moment. Seven years. That’s a long time to focus on something. Anything.

We don’t often see that kind of long-term focus in our world today. Technology is partially (or mostly) to blame, as the speed to market is increasing seemingly daily. Our microwave culture — where we want, and basically get, everything right now — is quickly destroying our personal and collective ability to dedicate focus over time towards a goal, a success, or mastery of anything important.

Our microwave culture is quickly destroying our ability to dedicate focus over time.

Malcolm Gladwell, in his book Outliers, talks about this idea and gives it a name: The 10,000-hour rule. He argues that to become world class at anything, it will take roughly 10,000 hours of practice. Even if that is not completely true, and becoming “world-class” at something doesn’t always take 10,000 hours, we can all agree it takes more time than the popcorn button on the microwave allows.

One clear problem: We want it now.

A corresponding problem: We falsely believe others achieved it “now.”

We look around — at other’s success, at their companies, their organizations, their staffs, whatever — and we believe it just “happened” for them. We only see their highlight reels, but never their practice sessions. We desire their success without their investment of time and effort.

When we only see highlight reels without practice sessions, we mistakenly believe others microwaved success.

Just for fun, can I give you a few more examples beyond the Hamilton soundtrack? Maybe something closer to home?

I watched this first hand every year in our churches. We have an annual “Be Rich” campaign where we collectively “Give, Serve, and Love” our community. For our generosity focused week, we ask everyone to contribute what they can (we make it fun, asking them to give $39.95). All the revenue (100%) given to this campaign is donated back out to our community charities and partners. Here’s the point: The first time we cracked $1 million in Be Rich giving, other church leaders and even news outlets took notice. Everyone asked the same question: “How can you possibly generate a million dollars in giving in ONE DAY?” Our answer was simple: “It took us 17 years to generate $1 million in a day!” It took 17 years to build enough trust that we could make this type of bold ask and have people come through.

As a leader, I see that our microwave mentality and aptitude for comparing typically drive us to sacrifice a long-term commitment in hopes of a short-term gain. This very well might be the one thing holding us all back.

Popcorn is instant—success is not. We can’t microwave lasting growth and success.

Here’s the question I’m wrestling with, both personally and professionally: To what can I dedicate a full year of time and effort?

There are so many possibilities:

So, can I ask you the same question? To what can you dedicate a full year of time and effort? Where do you want to grow? What gaps do you see in your leadership? What needs to be accomplished in your organization that will require a twelve-month commitment?

And a follow-up: What can you do to ensure you stay focused for a year? How can you measure progress? How can you monitor steps? Who can you engage alongside?

Imagine how much we can learn and grow if we take this approach and stop just trying to make popcorn.

Gavin Adams is the Lead Pastor of Woodstock City Church, a campus location of North Point Ministries, and a student of leadership, communication, church, and faith. 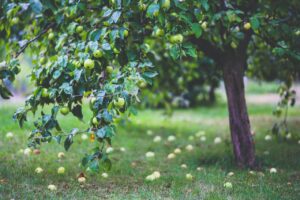 The Fruitful vs. the Frustrated Life 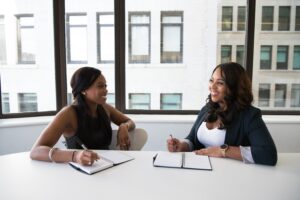 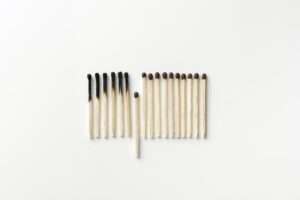 Remember, Repent, Renew – The Remedy for the Burned Out Believer 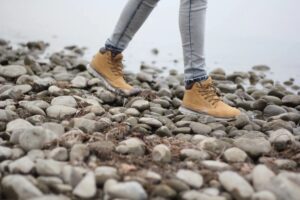